Dear Clients and Friends of Accretive,

At the end of the third quarter, Accretive managed approximately $231 million for clients on a discretionary basis.  As a result, we are waiving 7.5% of our management fee for the third quarter of 2021 under our Client Alignment Program™ (CAP).

The September sell-off contributed to a delay in efforts to cross into the next CAP tier, which starts at $250 million and results in a 10% waiver.  We remain optimistic on crossing into that tier soon but its timing continues to be dependent on some combination of market conditions and the growth of Accretive.

Large-cap US stocks, represented by the S&P 500, sold off from mid-quarter highs but remained positive.  Small and international stock indices lagged, posting negative returns.  Emerging market stocks were particularly weak, as events in China weighed heavily on benchmark returns.  Overall, the third quarter was a weak one for global stocks.

More conservative bond investments had a positive total return as interest rates were little changed, and more risky bond investments got the benefit of relatively stable capital markets.   Taken all together, the quarter was an uneventful one for bonds.

We have seen a lot of commentary on the reasons for the September swoon.  Some attribute it to political wrangling around the debt ceiling, while others worry about the next chairperson of the Federal Reserve. We believe, however, that a key driver is expected incremental, directional liquidity.  In that context, the inflation outlook matters because it drives incremental changes in the Federal Reserve’s expected activity.  We emphasize expected because things have a way of changing, oftentimes rapidly and unexpectedly.

Since the Global Financial Crisis in 2008, we have seen a rise in government and central bank intervention in both economies and financial markets.  The most notable idea gaining an increasing audience being Modern Monetary Theory (MMT).

MMT is the idea that governments who spend, tax, and borrow in their own fiat currency (which they fully control) should not be operationally constrained by tax revenues when it comes to federal government spending.

We can see effects of this mindset in the ratio of federal debt to GDP in the U.S.

The most common question we hear is “Who is going to buy all this debt?”  The short answer is, the Federal Reserve.

As a practical matter the Fed creates money by buying treasuries, a policy also known as quantitative easing. Here is Fed Chair Jerome Powell explaining it to 60 Minutes in May of 2020.  In doing so, money supply (defined as M2) over the last 60+ years has been increasing at roughly 7% a year, a rate almost twice the 3.6% annualized rise in the Consumer Price Index over the same period.

Measured inflation has trailed money creation partly because the velocity of money, how fast it moves through the economy, has dropped precipitously since the late 1990’s.  In our view this is because the beneficiaries of this monetary and fiscal regime tend to be investors, who are more likely to be savers than spenders.

In the pandemic period, the US money supply went up, but the velocity of money held flat.  It is possible that some of the recent inflation is due to money landing in the hands of people with very high marginal propensities to spend.

”I think if you spent over 13 minutes a year on economics, you’ve wasted over 10 minutes.” ~ Peter Lynch

As it relates to making investment decisions, we think most discussions of macroeconomics are unproductive.  However, we do believe that an understanding of the system itself and the incentives of the actors in it are helpful.

As we discuss MMT and money creation, there are various aspects that make us uneasy, including simply explaining it.  Our job, as investors, is to put our personal feelings aside, focus on what is happening, and how we think that should impact portfolios as a result.

Our view is that, as a practical matter, there is no going back to the way the economic world used to function.   If we tried to remove the liquidity and reduce the borrowing obligations of the US government, it could create the conditions for a recession or possibly even a depression.  Nobody wants to be deemed responsible for the next recession, let alone a crisis or depression.  In our opinion, the best assumption is that this system perpetuates itself and potentially accelerates during periods of crisis.

What does that mean from an investment perspective?  For us, it means a few things.  First, we prefer to own productive assets, hopefully those with some degree of pricing power over their customers.  Second, we would rather be an owner and borrower than a lender.  Third, we hope to fix our lifestyle costs as much as possible.

Furthermore, we do not believe all the political and economic actors agree that there is no returning to a less leveraged world that either no longer exists or is viable politically.  Although, that may not stop some from advocating for such a return, we think this should drive fits and starts in markets as they forecast the direction of incremental liquidity.

Overall, our portfolios were more or less in line with the broader markets.  Asset allocation strategies generally met our expectations, with more conservative portfolios holding up better than more aggressive ones.  This is understandable, given what happened in the quarter.

In our individual equity strategies, we believe our equity income portfolio has had a pretty good year so far.  We are lighter on banks and energy, standouts on the year, but in our view the portfolio has kept up reasonably well. Our growth stock portfolio has had a challenging year on a relative basis but has been less challenged of late.

A few of our holdings that were standouts in 2020 have been somewhat frustrating to own in all or part of 2021. Some firms may trade around positions or try to market time.  We think that introduces too much short-termism into our portfolios and our thinking, so we try to avoid it.  A lot about the short-term has and will continue to evolve rapidly, but much of it is noise, so we prefer to focus on the long-term.  If our long-term assessment of the businesses we own and their prospects remain unchanged, we are more inclined to sit tight.  However, there are some instances where our opinions needed updating, which has been and will continue to be reflected in portfolios.

2021 is mostly over and, on the whole, has been pretty good thus far.  However, there is still a lot that can transpire before we ring in the New Year.  2022 is an election year, which promises more policy uncertainty.  We note that in all the uncertainty there are more things that can go wrong than usually do.

As always, we appreciate the trust and confidence our clients have in us. If you have any questions or concerns, please feel free to contact us.  We would welcome hearing from you. 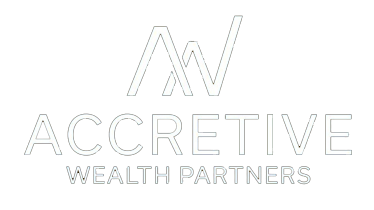 We came together with one goal in mind, to create value for clients.